3 Proven Supplements That Will Transform Your Body!

3 Proven Supplements That Will Transform Your Body! 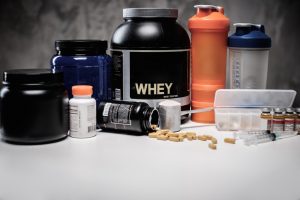 With so many supplements available in health and fitness industry today it is easy to get overwhelmed with what you should be supplementing with and more importantly what actually WORKS and is not just marketing BS!

Lets look at 3 supplements that have been scientifically proven time and time again and should be apart of every health and fitness persons supplement regime.

Whey is one of two major dairy proteins and has been a part of various food formulations for over 50 years. While whey isn‘t a new discovery, the manufacturing methods used to isolate its protein fractions have become state-of-the-art. The result is a naturally occurring protein that is shown in research to provide some extraordinary health benefits.

Whey is a protein that is absorbed faster and in greater amounts compared to other proteins. Research shows supplementation is safe and can enhance strength gains, muscle mass and promote better fat loss during exercise training. It‘s also the only food source known to boost glutathione – our body‘s most important anti- oxidant that protects against accelerated ageing, toxins and all other pollutants.

In a study performed by the Michigan State University, researchers found that by consuming 18g of Whey protein 20mins before training, can help increase your fat burning ability. In the study subjects drank a shake containing 18 g of whey 20 minutes before they did a full body training session using 9 basic exercises. The result was that the simple whey protein shake before training raises not only the production of muscle tissue, but also fat burning.

Creatine is a naturally occurring amino acid produced by the liver and kidneys. Approximately 95% of creatine stores are found in skeletal muscle. Creatine‘s vital importance in cell function has been confirmed in scientific investigations as far back as 1914. Creatine supplements are synthesized from plant materials such as corn. Typically, the body manufactures about 1 to 2 grams of creatine each day.

Research indicates that additional creatine may be instrumental in allowing muscles to make more adenosine triphosphate (ATP), which stores and transfers energy in muscle cells. This additional ATP is thought to be particularly useful during activities that require explosive bursts of energy, like weight lifting and sprinting. In short, creatine may help muscles and nervous tissue recover energy more quickly allowing athletes to increase the duration and intensity of their training.

In a study performed by researchers at the University of Oklahome, they discovered that Elderly people who take creatine have more energy and strength when it comes to physical exertion. The tests were performed on fifteen people in there seventies. The subjects did no training. They were given twenty grams of creatine daily for a week, and then ten grams of creatine per day for five weeks. The creatine was divided up into five-gram doses spread over the day. The results showed that the subjects had an overall increase in strength by 7% and a work capacity by 16%suggesting that supplementation with creatine may be a good idea for older adults that are about to commence a training program.

L-Glutamine is manufactured by the liver and lungs, so it is considered a non- essential amino acid, however, during strenuous exercise or heavy stress loads, the need for glutamine can increase beyond the body’s ability to synthesize it, and therefore it becomes “conditionally essential”.

2) A source of amide nitrogen for biosynthesis of peptides and amino sugars, and

3) the formation of purines and pyrimidines; the building blocks of RNA and DNA.

Science is uncovering many unique and powerful roles of Glutamine like elevating plasma glutamine, restoring some aspects of immune function, promoting muscle glycogen synthesis as well as boosting levels of Growth Hormone.

In a study published by the American Journal of Clinical Nutrition, An oral glutamine load was administered to nine healthy subjects to determine the effect on plasma glutamine, bicarbonate, and circulating growth hormone concentrations. Two grams of glutamine were dissolved in a cola drink and ingested over a 20-min period 45 min after a light breakfast. Forearm venous blood samples were obtained at zero time and at 30-min intervals for 90 min and compared with time controls obtained 1 wk earlier. Eight of nine subjects responded to the oral glutamine load with an increase in plasma glutamine at 30 and 60 min before returning to the control value at 90 min. Ninety minutes after the glutamine administration load both plasma bicarbonate concentration and circulating plasma growth hormone concentration were elevated. These findings demonstrate that a surprisingly small oral glutamine load is capable of elevating alkaline reserves as well as plasma growth hormone.

Please note: This information is not intended to diagnose, or prescribe any form of treatment. The statements in this information have not been evaluated by the Food and Drug Administration. The products herein are not intended to treat, cure, or prevent any disease, and are meant solely for Health Education purposes alone. If you are suffering from any illness or medical complaint, always first seek the advice of your physician.