Ginger, not just an ancient spice

Ginger, not just an ancient spice 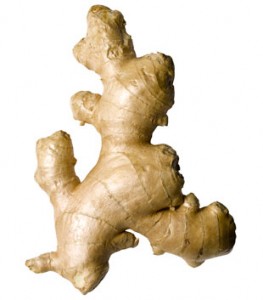 GINGER has been used by many civilizations dating back as far as the 1st century AD.

That’s almost 2000 years ago and the main reason for it’s popularity is because of all of it’s unique health benefits.

Ginger is a tropical flowering plant and one of the most ancient spices known in the world. Not only known for its ability to spice up and give food flavor, it is also used as a health remedy in may cultures throughout the world especially in China, India and the Middle East.

According to Bharat Aggarwal, professor of cancer research and author of “Healing Spices”, Ginger consists of amino acids, fatty acids, monoterpenes and gingerols. Gingerols are phytonutrients that protect against bacteria, viruses and cell damage from free-radicals.

What are the benefits?

There have been many benefits associated with the use of ginger and some of these include:
• Decreases the severity of Diarrhea

Ginger has been used since ancient times to cure diarrhea, and it was found by scientists that ginger indeed helps due to it’s ability to prevent stomach spasms and gases that contribute to and accentuate diarrhea.

Ginger helps in regulating high sugar levels that may disrupt digestion and soothe the stomach, thus, maintaining its regular rhythm. It also helps with digestion by relieving gases in your intestinal tract as well as having the ability to relax muscle digestive tension.

A known aphrodisiac, ginger has been used for years in arousing desire and enhancing sexual activity. Not to mention, ginger also help to the blood circulation, hence blood flows more easily to the mid-section of the body.

Ginger has been known to relieve symptoms of nausea and vomiting by its ability to reduce stomach acids and increase digestive juices.

Ginger can act as a barrier to help the body from symptoms of headaches, fevers and cramps by limiting the high levels of prostaglandin.

Recent research suggests that our ancestors were right with their ongoing usage of ginger with studies showing that ‘beta ionone’ (found in Ginger) actually can slow down the rate at which tumors grow when tested through rats.

Ginger may, at times, have side effects for those suffering from gallstones since the herb incites the release of bile from the gallbladder. Therefore, it is advised if such a condition is suspected and to consult a doctor before consuming ginger.

It is also possible to overdose on ginger. An acute overdose of ginger is usually in excess of about 2 grams of ginger per kilogram of body mass (source: https://www.mdidea.com/products/new/new02108.html) dependent on level of ginger tolerance, and can result in a state of central nervous system over-stimulation called ginger intoxication or colloquially the “ginger gitters”.

How much should you have?

Ginger can be consumed in many ways but experts recommend a general therapeutic dose of 100 to 200 mg of standardized extract three times daily.

If you are suffering from a cold try having some warm Ginger tea. Place a couple of slices of fresh ginger root into a saucepan and simmer for 10mins 🙂