Improve your self image by SUBTRACTION

Improve your self image by SUBTRACTION

Improving Your Self Image 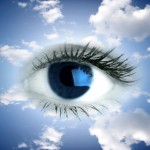 You do not always need to add to strengthen your self-image, you can also achieve    this through subtraction.

In his book ‘The New Psycho-Cybernetics, Maxwell Matlz explains the subtraction method through an old story of a travelling wanderer.

Below is the fable that he presents to the reader to consider as well as a great mental exercise to apply the subtraction method:

The story is told of a weary traveler wandering down a dusty road with a large boulder hoisted on one shoulder, a knapsack full of bricks on his back, a huge pumpkin skillfully balanced on his head and a strong nest of weeds and vines wrapped around his legs so he could only take short hobbling steps.

As you might imagine this traveler was very uncomfortable and hobbled along everywhere he went. His posture was hunched over, his progress was slow and tedious, and his physical struggle was great.

One day a person sitting along the road yelled out ‘Hello’ to the traveler and asked ‘Say traveler why do you burden yourself with that big heavy rock on your shoulder?’

Incredibly the traveler said ‘hmmm I never noticed just how heavy it was before and until you mentioned it I hadn’t given it any thought to my reasons for taking it with me’.

After a few moments pondering the traveler set the boulder down, left it by the side of the road and walked on, now a bit straighter in posture and a bit quicker in speed.

A little while along he was stopped again by another bystander who queried him about the knapsack full of bricks. ‘Hmmm I’m glad you made mention of it’ said the traveler. I really hadn’t paid any attention as to what was in the knapsack. He then took out all the bricks, left them at the roadside and walked on.

A little further along a curious child playing along the side of the road asked the traveler ‘Hey mister why do you have all those weeds wrapped along your legs?’ The traveler took out his knife and sliced away all the weeds that were wrapped around his legs.

Finally he was a truly free man and now walked straight, tall and with magnificent confidence.

Was his problem the boulder, the knapsack full of bricks and the weeds strapped to his legs?

No not at all, the one problem was his lack of AWARENESS of them.

Write a short list of the boulders, bricks and weeds you are carrying in your life?

Get an actual brick and write one emotional burden on each brick.

Then put all of the bricks into a knapsack or some type of bag and put them in the back seat of your car. When you leave your home each morning take the bag out and lift it a few times, feel the weight and say to yourself ‘Today I am leaving these bricks in the car and I will go about my day without carrying around these heavy bricks around with me’