Why We Should All FAIL!

Why We Should All FAIL!

Although FAILURE is perceived as being a negative outcome is it really that bad?

Also if we have failed does it mean we are not successful? 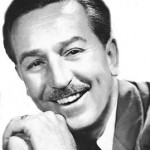 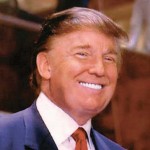 What do these 2 people below have in common?

Although both men have made billion’s of dollars in their own industries and are also household names across the world they have both experienced massive amounts of rejection and failure.

Donald Trump one of the most famous names in American Real Estate has filled for bankruptcy 4 times. Today it is estimated that his net worth is $2.9 billion dollars.

Could you imagine having to have experienced being bankrupt once let alone 4 times?

‘Walt Disney’ who after creating at the time a funny looking mouse named ‘Mickey’ went out searching to get a loan to be able to create his dream of a Walt Disney Theme Park. After over 300 rejections from other bankers Walt Disney finally got approval from someone that believed in his idea. Today the Walt Disney Company is worth over $35 billion.

How many times would you be willing to have your dream rejected by the banks before giving up on it?

You see both of these men experienced the term described as ‘Failure’ yet it did not affect their outcome at all, in fact both have been heard to say these moments are what made them such a success today.

So if ‘FAILURE’ is not such a bad thing after all why do we do everything in our power to avoid it? 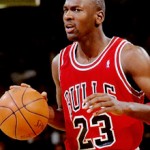 The answer has everything to do with the mindset of what ‘failure’ specifically means to you. For the people mentioned above, failure was just a result of needing to do it better next time. They learned from their mistakes, improved what they needed to do and then moved forward.

However for most of us we do not look at ‘Failure’ in the same light due to an overwhelming fear. According to Self Development Guru ’Tony Robbins’ all human beings share the same 2 fears.

1. Fear of not being LOVED

2. Fear of not being ENOUGH

For some the risk of experiencing these fears again or for the first time far outweighs any benefit from achieving a specific goal therefore we do not move out of comfort zone. The ironic thing is though that by acting this way and avoiding the fear of failure we are in fact failing and experience it’s affects.

In the book ‘Psycho-Cybernetics’ by Maxwell Maltz, Failure is described as warning signs that the body produces which then results in specific symptoms being displayed.

These symptoms are describe by Maxwell Maltz as the acronym FAILURE which stands for:

Whatever failure stands for in your life, chances are that it is holding you back from achieving ultimate success.

In order to learn how to overcome this Fear, we must first learn what it is that is holding us back.

What stops you from moving forward?

What has this stopped you from achieving in the past?

What are you fearful of?

Once you are aware of what is holding you back it is now time to create an action plan to create change and adjust your way of thinking. As the great Albert Einstein said “The significant problems we face can not be solved at the same level of thinking we were at when we created them.”

3 TIPS FOR OVERCOMING YOUR FEAR OF FAILING

“What is the worst possible scenario that could happen?”

“If that was to happen what would you do about it?”

“What would be the best possible outcome and how would you feel?”

Once you have established the worst possible scenario and what your plan would be if this happens, the fear loses all of it’s power. Once this power has gone you can now focus on the feelings of what it would be like to achieve your goal forcing you to move towards it with excitement and confidence.

2. Improve your Self Image

In the book Psycho-Cybernetics, Maxwell Maltz suggests that overcoming fear has everything to do with what you do, feel or how you behave. These emotions are always consistent with your self-image.

This self-image can be changed but must be done by taking action and changing the questions you ask yourself on a daily basis.

For example when your goal is to lose weight, instead of asking the question when you wake up at 6am to train “Do I feel like getting up this morning?” which will always lead to a ‘No’ ask yourself “What do I need to do this morning?” It is important to note that this is not just positive thinking. Positive thinking, according to Dr. Maltz is just throwing new garments on old material. It is instead asking a direct question with the purpose of the answer leading you closer to your goal.

They say it takes 21 days to create a new habit. So for the next 21 days choose an action that will get you closer to your goal.

To begin with, choose one unhealthy habit you wish to eliminate or change. Or, choose a healthy habit you want to adopt as part of your behavior. If it is a habit to eliminate, you may wish to go “cold turkey” or have a gradual tapering off. For example ‘I am going to stop eating high-energy carbs before I go to bed at night’.

Now that you have decided which unhealthy habit to eliminate, or new habit to adopt, decide on the date you will begin your behavior change. Give this date a good deal of thought, make it specific and then write it down. For example, “On February 15, 2014, I will become a non-smoker.”

In order to ensure behavior change, experts agree that it takes a minimum of 21 days to change a behavior. Again, look at the date you are planning on changing your habit. Count ahead 21 days and mark that date down. Now, make a commitment that you will follow your plan for 21 days.

To get you started on your journey watch the video below to see an inspirational speech about what it takes to achieve success and overcome the FEAR of FAILING.

Remember It’s not what happens that is important,

it’s what you DO that makes the difference!